This is one of the largest and most elegant squares in Cartagena de Indias. The founder of Cartagena, Don Pedro de Heredia, lived in the Customs building, which encompasses the entire side of the square.

Don Pedro was, along with his brother Don Alonso, who resisted the fierce attack of the French pirate Roberto Baal, on July 25, 1544.

Like most of Cartagena’s squares, this one has had several names that remind us of its history. When the royal offices were installed in the Customs building, the square was called the “Antigua Real Contaduría.” Then in 1790, when the Customs Administration was organized there, it began to be called “Plaza de la Aduana”.

On the occasion of the anniversary of the Discovery of America, on October 12, 1894, the statue of Christopher Columbus was inaugurated in the plaza. It is a marble sculpture of the “Discoverer” with an indigenous woman, who lies on a pedestal decorated with high reliefs of the three caravels: the Pinta, the Niña and the Santamaría. 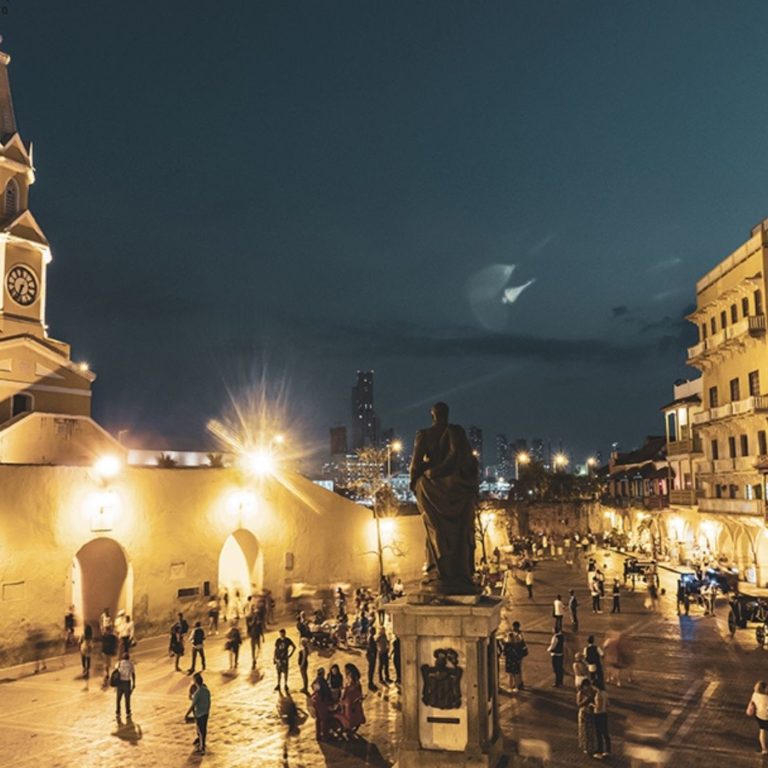 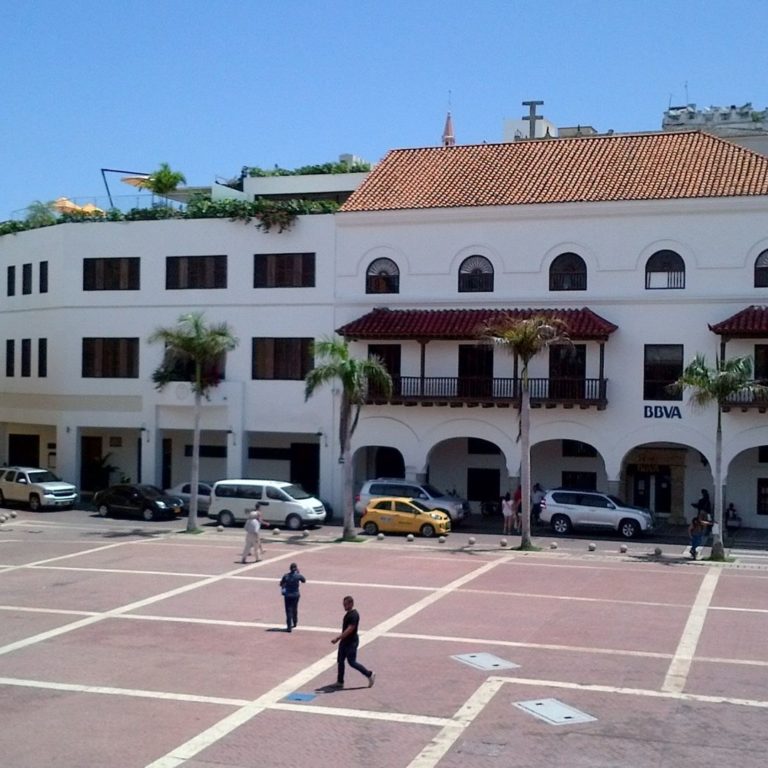 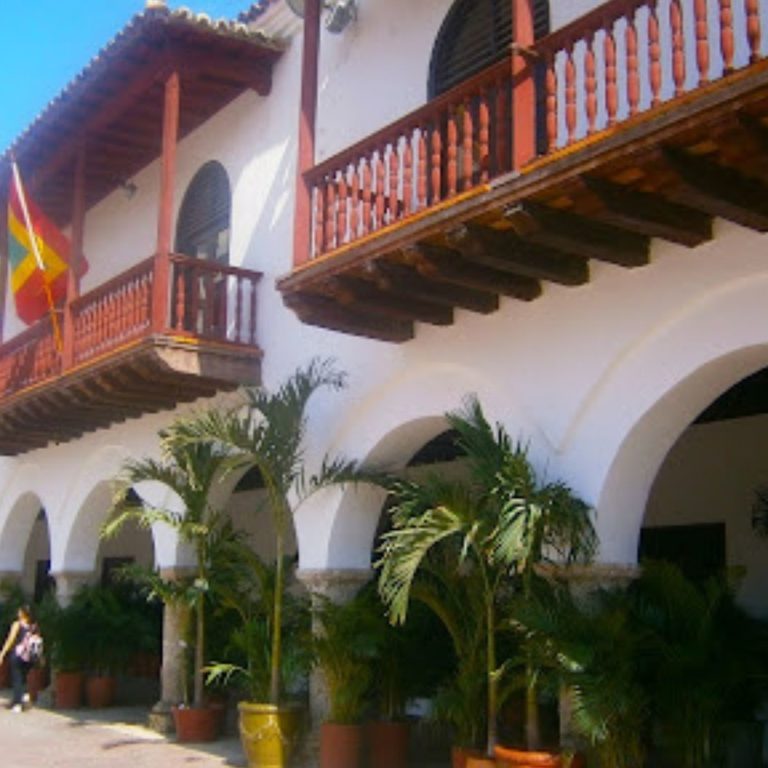 Its inauguration led the authorities to change its name to “Plaza Colón”, but the people of Cartagena continued to call it Plaza de la Aduana. Later, the city council decided to call it Plaza Rafael Núñez as a posthumous tribute to the four-time President of the Republic, born in Cartagena. But, again, the popular will prevailed over the official provisions, so that it continued to be called Plaza de la Aduana.

Formerly, within the framework of this square, there was the Portal de los Moros, a gallery with arches where the shops and businesses of the Muslims who arrived in Cartagena at the beginning of the seventeenth century operated.

Today the framework of this square is dominated by the Casa de la Aduana, an imposing colonial building, where the offices of the Municipal Mayor’s Office or City Hall of Cartagena operate.