The Adolfo Mejía Theater, located inside the Walled City and with a capacity of 643 people, is considered one of the most iconic places in Cartagena, not only for its history and architecture, but also for its importance in the development and cultural inclusion from the city.

Its architecture is eclectic, imitating the summer theaters of the 19th century in Europe. The design belongs to Luis Felipe Jaspe, who was inspired by the Tacón Theater in Havana and the Reina Emma Theater in Curaçao.
It was built in response to the need to have a public space in which the population could access cultural representations without considering only the economic benefits.

Within the grounds of the Chapel of Mercy and with the name of Municipal Theater, this monument was inaugurated on November 13, 1911 to commemorate the first Centennial of Cartagena’s Independence from the Spanish crown (November 11, 1811).
The formal premiere was on February 22, 1912 with the play “The joyful genius”, authored by the Álvarez Quintero brothers and represented by the Evangelina Adamas company.
Between 1913 and 1917, it consolidated its cultural importance in the region, presenting repertoires of 13 different foreign companies dedicated to Italian opera and Spanish zarzuela.
In 1933 it was given the name of Teatro Heredia, in honor of the founder of Cartagena Pedro de Heredia, as a tribute to the IV Centenary of the city’s Foundation. 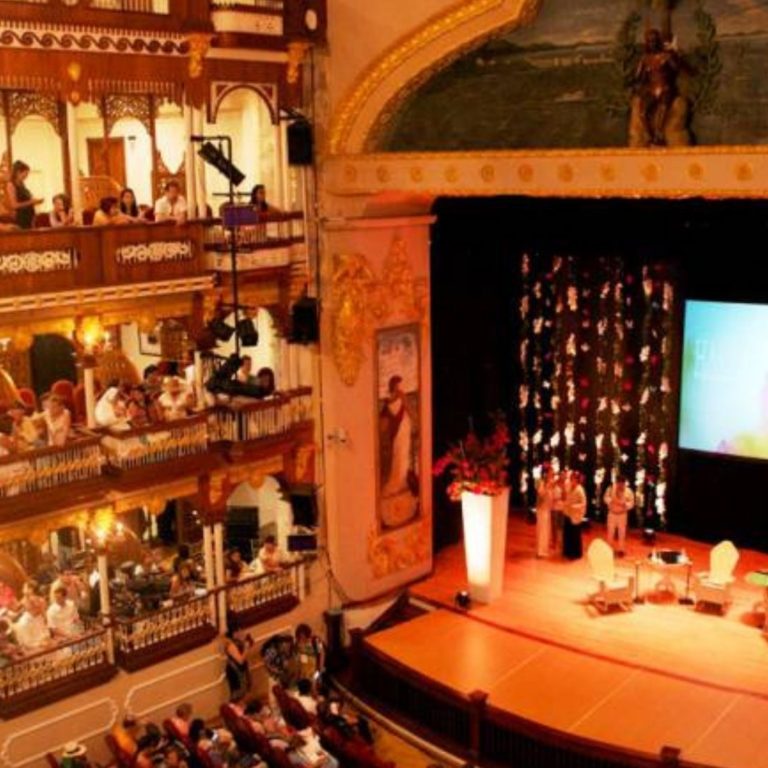 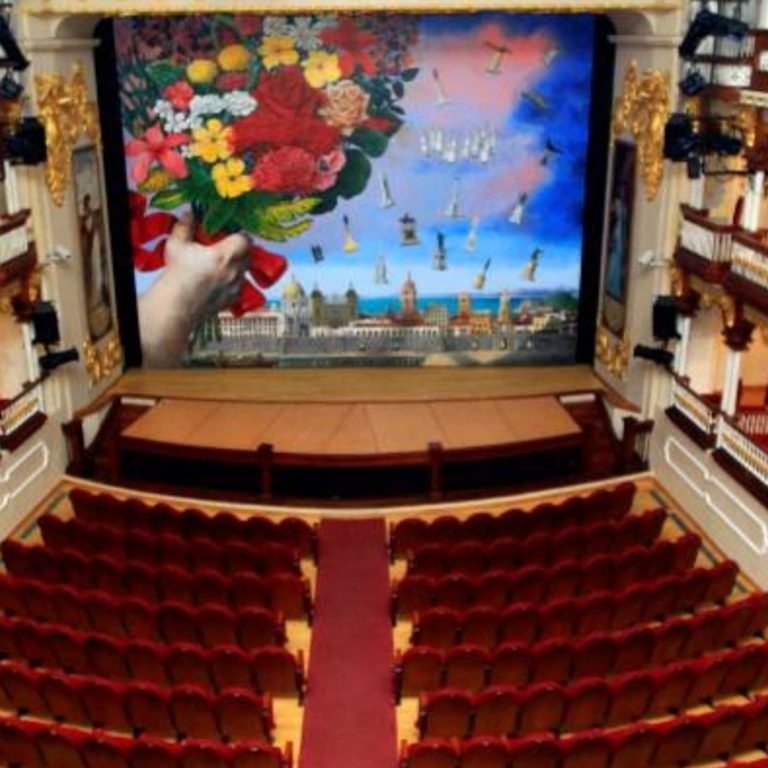 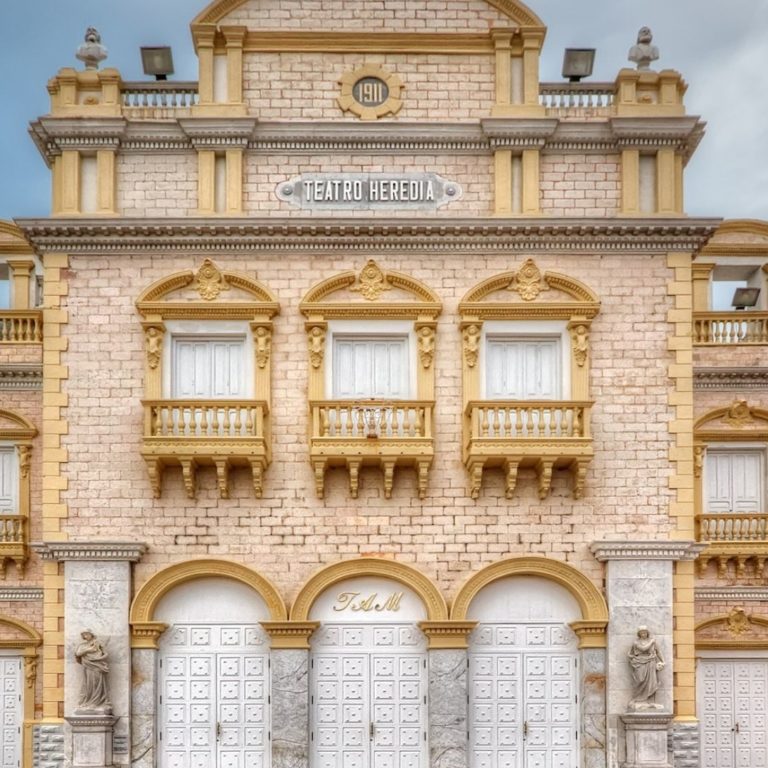 The Heredia Theater also functioned as a cinematographer in 1937. On January 9, the films “Flor de arrabal” and “Un grito en la selva” were premiered. Likewise, until 1970, the theater was the scene of concerts, recitals, tributes, comedies, ballet, lectures, puppets, operettas, comic theater, mentalists, school events, political rallies and even a public hearing of a woman for the murder of her husband. One of his last performances, during this stage, was in the play “Las Sillas” by Ionesco, presented by Fanny Mickey. Due to its deterioration the theater had to be closed in 1970.
For 28 years, between 1970 and 1998, the theater was closed. Its restoration, the work of the Cartagena architect Alberto Samudio Trallero, took 11 years (1987-1998) and reopened on July 31, 1998 with a recital by the Colombian mezzo-soprano Martha Senn and the presentation of the Frank Preuss Chamber Orchestra. In 1998, the theater acquired the name it bears today, Teatro Adolfo Mejía, in honor of one of the most outstanding musicians and composers in the Caribbean, Adolfo Mejía Navarro.

This is the beautiful and historic Adolfo Mejía Theater. An architectural jewel in the Historic Center of Cartagena that, more than a stage for the arts, is a representative cultural symbol of the Corralito de Piedra and the place where its rich artistic expressions are exalted.